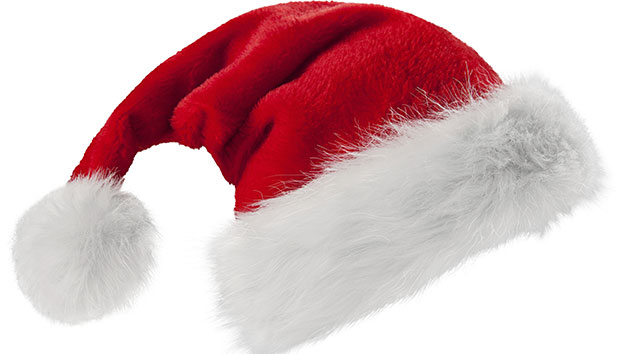 Ho! ho! ho? Merry-holy-Jesus-Mary-and-Joseph-I-only-have-two-days-to-finish-my-shopping-how-the-heck-did-this-happen-Christmas! Yes, the big day draws nigh indeed, and do you know what that means? Well, do you? DO YOU!?  It’s time once again for my holiday spectacular! My, how time flies. Of course, because it’s down to the wire now and because no one really has too much of it to spare (except for me, apparently), I won’t keep you long. Only as long as you wish to stay. As with last year, the theme for 2016 is best described as “Christmishmash” – or, a mishmash of Christmas, Island history style.

‘Punny’ to say. ‘Punny’ to write. Christmishmash (all rights reserved).

I thought we’d get started with a terrific little article of very recent vintage. It went to print in The Guardian a few days ago, and takes a look at the adventures – and misadventures – of the mercantile Holmans of Summerside and their often humourous attempts to bring Santa Claus to town and one-up their competitors in the publicity wars, all in pursuit of the true meaning of Christmas. It’s quite entertaining. Here’s Santa Goes Missing in Coleman.

Next up is a little something that should be familiar to Island readers at least, and certainly to those of an older generation. Back in the 1920s, Keith Sinclair Rogers, founder of CFCY radio, began testing out his new set up by covertly recording his daughter, Betty, read stories to her younger brother. From the 1930s to the 1960s, that concept of childhood storytelling morphed into a formal broadcast known as The Sleepytown Express. Hosted and produced by Betty (Rogers Large) and featuring a delightful cast of characters voiced by community locals, the program earned wide renown both here and abroad, and became especially noted for its Christmas specials. If you were a devoted listener back in the day, or are a Sleepytown neophyte enthralled by what I’ve just described, you’ll be happy to hear that, thanks to the wonders of 21st century technology, you can access some of those cherished episodes online. Not all of them had to do with Christmas, mind you, but a couple of them that did have been gathered together and made available. So all aboard The Sleepytown Express!

So anyway, have a go at those, and if you’re not already in the Christmas spirit, perhaps they’ll do the trick. As for me, well, I’m off to the races. Let’s git’er done, Walmart.